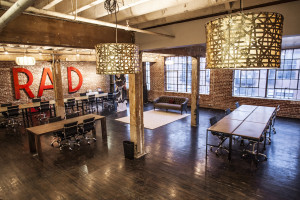 Editor’s note: This article was originally printed in the Latino Magazine Winter 2014 issue and can be found here.

When companies look to reach to new customers, especially among diverse populations, they turn to Jennifer Elena, CEO and founder of JElena Group, an integrated marketing and public relations agency focused on reaching diverse groups.

When asked about her reputation as an agent of public relations and marketing change, Elena will confirm that she’s never been shy to push boundaries and challenge norms. Her love for countercultural literature, music, and art coupled with her passion for storytelling has deeply influenced her understanding of diverse audiences. Studying multicultural artists and authors has allowed her to tap into her storytelling nature to create a narrative across segments that moves the reader.

“Understanding diverse segments is a marketing priority for many brands. But I’ve always had a deep curiosity around multicultural communities,” says Elena. “From a historical perspective, it’s the margins of society that end up challenging the norm and reshaping the mainstream. I spent my academic years studying it through literature and now I get to see it in marketing. This is more than a job to me, it’s my passion.” 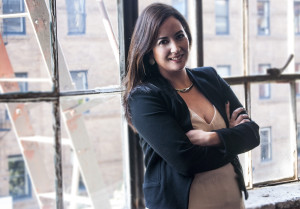 Curiosity and ambition have served her well. Growing up in Fairfax, VA, she attended James Madison University and began an internship at a political consulting firm in Washington, DC. After building an understanding of the Latin American business and media climate, she saw the business opportunity in the U.S. Hispanic Market. Meanwhile, Elena went back to school for her masters degree in literature and language at Marymount University and wrote her first play, Whatever Happened to Fulana, the story of growing up in a bicultural household.

After working for a few agencies, she founded one of the fastest growing Latino-owned businesses in the country. In three short years, JElena Group has expanded from its DC office to a bicoastal presence, opening offices in San Francisco and Los Angeles. “Our company is where art meets science,” explains Elena. “I surround myself with a team of art and science brains. JElena Group is where data analysts, designers, integrated marketers, media experts,  video producers, and forward thinking professionals meet to create big consumer-centric campaigns. To me, that’s real diversity. I wanted to create a company where all day I can listen to ideas and opinions from across the spectrum.”

Perhaps her ability to listen to different perspectives comes from one of her major influences, her grandfather Ambassador Jose F. Iraheta, who served for El Salvador throughout Latin America during some of the most politically tumultuous times.  She never forgot his advice that, “it’s easy to listen to people who think just like you do, but it takes someone special to listen and learn from someone who thinks differently.”

Her company’s culture and vision was shaped by her  passion to serve as a storyteller and advocate for diverse communities, mirroring her grandfather’s work. Her commitment is evident in her work on various consumer education campaigns, including working with Wells Fargo to build a financial education platform to help the U.S. Hispanic community succeed financially. Earlier this year, JElena Group won the Silver Anvil Award in the multicultural category from the Public Relations Society of America for their work with Wells Fargo. Often, problems among the Hispanic community—and other diverse communities—are not always covered in similar general market campaigns. “Today, collaboration is in demand,” says Elena. “Audiences will continue to change over time. Segments will turn into sub segments, and sub segments will reshape and influence the mainstream.”

This is especially true for Hispanic millennials, who are the fastest growing millennial segment and account for 20 percent of the U.S. millennial population. They are changing the market across the board. With two-thirds of this group born in the U.S., they balance two cultures—their Hispanic roots and modern American influences—creating unique attitudes and behaviors that are much different than previous generations.

So, what’s next for this small firm? “My goal is to continue developing campaigns that inform and educate all communities,” says Elena. “As we evolve, we’ll continue to build on our established foundation and expand into where we can create the most impact.”

Renee Johnson is an account executive at JElena Group where she supports the team in developing and implementing public relations and marketing campaigns leveraging traditional and digital channels. Renee graduated from Rochester Institute of Technology, where she earned a Bachelor of Arts degree in advertising and public relations.